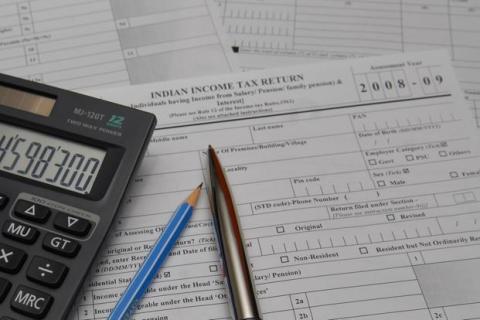 VK Goel
New Delhi: The Union government on Saturday announced that new income-tax return (ITR) forms that require disclosure of details regarding bank accounts and foreign trips undertaken by an individual will be reconsidered, a move that comes after criticism from tax experts.
“The finance minister has called me from Washington and said the whole matter related to new ITR form will be reconsidered,” revenue secretary Shaktikanta Das said. “The government will simplify the ITR form,” Das said.
He said the decision comes in the wake of difficulties expressed by tax experts on the new ITR forms relating to fiscal year 2014-15. There has been criticism of the new forms with experts and consultants saying the government was seeking too much data. They felt that the addition of new information would make process of filing returns difficult.
The Central Board of Direct Taxes (CBDT), the apex policy making body of the income-tax department, on Friday notified the new ITR forms for the current assessment year, seeking additional details to check black money.
As it stands, the new ITR forms, including the ITR-1 and ITR-2, require an assessee to furnish the number of bank accounts held by the individual “at any time (including opened/closed) during the previous year” with the last balance in the account on 31 March of the just-concluded fiscal. The assessee will also have to furnish the name of the bank, account numbers, their address, IFSC code and any possible joint account holder.
When it comes to disclosure of foreign travel, the taxman wants the assessee’s passport number, its place of issuance, countries visited, number of times such sojourns made and in case of a resident taxpayer, the expenses incurred from own sources in relation to such travel. The I-T department, last year, had made it mandatory for taxpayers to mention details of all assets they hold in a foreign soil under a new schedule-details of foreign assets and income from any source outside India.
The new measures are part of the government’s effort to tackle black money in an non-obtrusive manner.

The details will add to the taxman’s knowledge about a particular assessee. The new ITR forms, this time, also feature a new column to include the Aadhaar number of the assessee.

NOTIFICATION : THE TAXATION AND INVESTMENT REGIME FOR PRADHAN

NOTIFICATION : THE TAXATION AND INVESTMENT REGIME FOR PRADHAN